It appears that your cart is currently empty!

Sweat On the Sidelines

Sweat™ is proud to introduce a new blog series to our followers, titled "Sweat On The Sidelines". We have tapped into our incredible network of hard working women in Sports Broadcasting, and are bringing you exclusive interviews to learn more about them and their journey. These women are crushing their TV gigs, embracing the Sweat™ lifestyle and, of course, rocking all the Sweat™ products as they do it.

Born and raised in Los Angeles, California, Alex Curry has covered everything from E! News Now top stories to football, baseball, hockey, volleyball, eSports and action sports all around the world. She's beautiful, talented and knows first hand the importance of staying active! 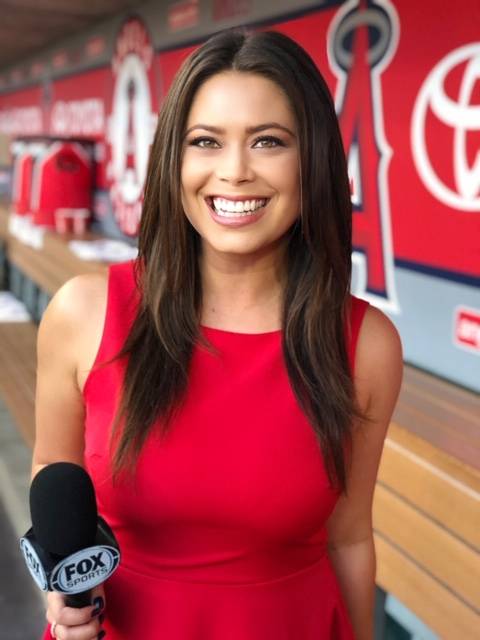 and made it a point to prove people wrong by working hard and achieving my goals." 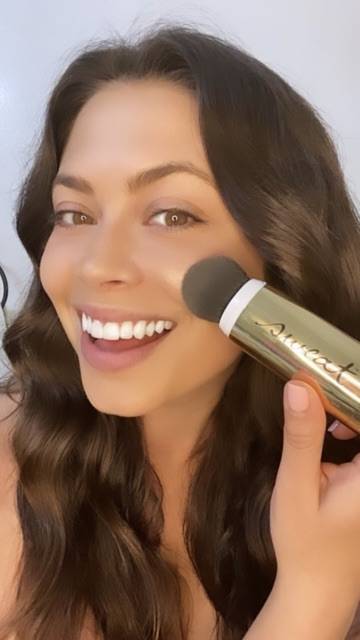 EVERY DAY WE HAVE

Tell Us a Little About Yourself!

I’m a wife, dog mom, and the oldest of 4 girls (my sisters are my BFFs). I grew up at the beach, playing sports year round, and love being active outside.  Not much has changed! I love to laugh, watch live music, travel and explore the world, and spend time with family & friends when I’m not working.

Where can we watch or find you on TV?

You can find me on FOX, FS1, FOX Sports West, and FS1 on Caffeine. I cover the LA Angels during the spring/summer on FSW, the USWNT on FS1 and FOX, I’m the fill-in host on “UNDISPUTED” and “Lock it In” on FS1, and host live streams of Bundesliga on Caffeine!

How did you get into the TV industry?

I started working behind the scenes in college. The summer after my freshman year at San Diego State I worked as a production assistant for the Joe Lewis production company, doing everything from crafty to setting up the red carpet, green room & press lounges for all their major events around LA. While I was working on the pre-production for the Championship Gaming Series, a producer asked if I wanted to be their “Mountain Dew Host”, and next day I went straight to hair and makeup instead of our production truck. So for 3 seasons, I would commute from SDSU to LA 3-4 times a week between my classes to shoot that show. Once that show got canceled my junior year of college, I got a summer internship at Fuel TV (now FOX Sports 2) on The Daily Habit. By the end of my internship I got an opportunity to fill-in and host their Fuel TV Download.

After I graduated from SDSU I started taking hosting classes at “Become A Host”, while also working as a field PA on Last Call with Carson Daily, the talent manager for ESPN’s XGames, bartending, and hosting live events to hone my craft.

After 8 months my hosting school held a showcase, and from that I got picked up by E! News and started filling in on E! News Now. Around that same time I met a FOX Sports producer while I was bartending at Sharkeez in Manhattan Beach, and convinced him to give me a shot/audition. I pitched him a show idea called, “The Incredible Stand Outs in MLS”. Two weeks later I wrote a script, sent it to him and we shot the pilot. Two days after the shoot, he invited me to China to cover the World University Games for FOX College Sports.

Once I got back from China I met with FSW, and 4 months later they offered me the Angels Weekly job! That was spring of 2012, and that same year I became the host of Angels Weekly on FSW, co-host of Tailgate 48 on Big Ten Network, sideline for the Pro Beach Volleyball Series on NBC Sports, sideline for the Red Bull Signature Series on NBC, and the co-host of America Ninja Warrior NINJA vs. NINJA on USA Network! All of the hard work paid off.

What is your proudest life moment?

I’ve been lucky to have some incredible moments in my career. My favorite is getting to be in the middle of those once-in-a-lifetime moments. Like covering the LA Kings winning the Stanley Cup and being on the ice for the celebration talking with the players, to Albert Pujols hitting homerun #600 and getting to interview him live in from of 40,000 fans at Angel Stadium after the game. To dodging Gatorade showers with Mike Trout after he hit for the cycle or clinched the AL West, or hit a walk off HR, to covering a no-hitter in honor of Tyler Skaggs.

But the most recent would be covering the USWNT World Cup victory as the US embedded reporter, and being with the team every step of their journey to gold!

What is the biggest life lesson that playing sports has taught you?

To never give up. I was always told that I wasn’t good enough, or I wasn’t big enough or strong enough to play defense. I never listened to the “NO”, and made it a point to prove people wrong by working hard and achieving my goals. My first soccer game in college I got an opportunity to start due to an injury, and after that, I started every game of my college career!

Circuit training, yoga, running, cardio dance class! I mix it up, but do something active every day.

What does your "Daily Sweat" mean to you?

EVERYTHING! My daily sweat is my therapy. It keeps me happy and sane.

Why do you think it's important to make time for your "Daily Sweat"?

It’s so important to make time for yourself, whatever that looks like. For me, it’s my daily sweat. I feel centered and ready to conquer the day.

What is your go-to post workout snack or meal?

What is your favorite Sweat product and why?

The mineral foundation & twist brush! I’m always on the go, and always wearing SPF, and this twist brush is perfect and quick to apply before a run, workout, dog walk or just hanging out on my patio.

What is the best advice you would give your 20 year-old self?

Don’t be afraid to ask for help. Every day we have an opportunity to be better. Personally and professionally. So do something every day to better your craft and yourself. Be kind to everyone along the way. Don’t take no for an answer, and don’t let a “no” bring you down, let it inspire you to be better. Because if you are prepared, persistent and polite, the hard work will pay off!